It's not often in politics that a window of opportunity opens as wide as the one Theresa May is looking into right now. 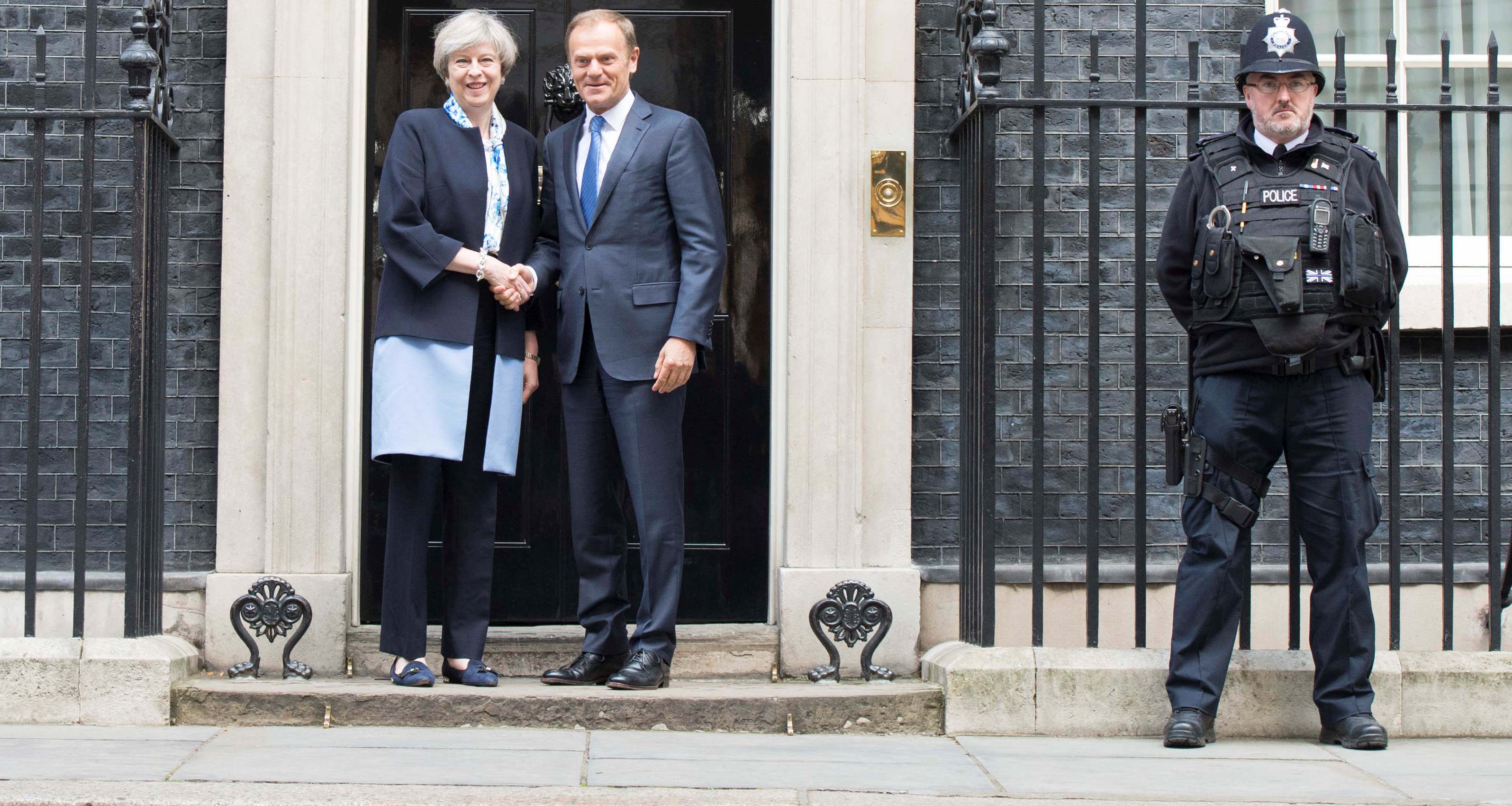 It's not often in politics that a window of opportunity opens as wide as the one Theresa May is looking into right now. Newly elected prime ministers are notoriously reluctant to bet the farm when they still have a few years to run - in Mrs May's case till mid-2020. Gordon Brown blinked in 2007, presumably fearful of becoming the shortest serving PM in UK history. Paul Keating must have had the same temptation when opposed by Alexander Downer in 1994.

But none were presented with the gift of Jeremy Corbyn, a poor man's Michael Foot. His problem is not his cloth-cap 1950s policy agenda. It is his complete ineffectiveness and inability to engage, let along inspire, the electorate.

Even many of his parliamentary colleagues have little confidence in him and are loath to endorse him. Having lived in the political shadows for more than 20 years, quietly fulminating about the fatal shortcomings of the capitalist system to his small group of far-left colleagues, he has been completely unprepared for the harsh reality of the modern media cycle and 21st century politics, and comes across as a rabbit in the spotlight, with no clear-cut position on key issues.

In these circumstances Theresa May's decision to call a snap election for 8 June is an eminently rational display of political courage, with the promise of a high-risk but higher-reward outcome. Political honeymoons for incoming prime ministers do not normally last as long as the nine months Theresa May has so far enjoyed. It shows no signs of coming to a halt, but it inevitably will. But until then, the Tories are comfortably ahead of their principal opponents on key issues such as the economy, national security and immigration and about level-pegging on the NHS, traditionally a Labour strength.

As for Brexit, there are many who still seem to harbour the hope that, despite there being no recall mechanism, the referendum can somehow be softened or even reversed now that the 'leave' button has been formally pushed. But it is not as if Labour is unanimously opposed to Brexit. Indeed its leader has always been at least a closet Eurosceptic, and Labour's current position is in favour, but on conditions - hardly a forthright or convincing stance, especially for many of Corbyn's supporters, who were keen Brexiteers.

Yes, opinion polls can be unreliable, but a 20-point lead in most polls right now builds in a very big margin of safety. It would surprise if there are too many shy Tories hidden away in these numbers, as now is a very good time to be a Tory supporter with a calm, community-minded but steely Prime Minister committed to delivering on the biggest of all core promises: a clean break from the EU, which a strong majority of voters clearly wanted when they had their chance last June.

Despite the wistful longings of a number of elite commentators to re-run the Brexit referendum, there is no sign of buyer's remorse, and the idea that Britain would row back on its determination to achieve controlled immigration, tighter borders and greater national sovereignty is inconceivable. It is very difficult to understand why Tony Blair and his fellow travelers keep pretending it was all a horrible mistake. Perhaps it is to curry favour with EU poobahs in the hope of subsequent preferment, but more likely it is because that is the way the EU has always operated - if the people don't support a treaty or referendum, just keep putting it back to them until they do. Meanwhile unelected bureaucrats run the show on their own terms and in their own interests, while an advisory EU parliament looks helplessly on. Hence the notorious 'democratic deficit' which has so irked British citizens and the Eurosceptic press for decades.

Most voters will grumble at the prospect of yet another early visit to the polling stations, but ultimately their choice is clear: stay at home or decide who is best suited to running the country. If they were to choose Corbyn and co it would make the 2016 British election, the Brexit Referendum and the Trump triumph look like mere blips on the radar and almost certainly lead to the immediate banning of opinion polls ahead of election time.