The 46-year-old Meng, daughter of Huawei founder Ren Zhengfei and the firm’s chief financial officer, was arrested on 1 December in Vancouver. She faces charges in the United States of fraud involving millions of dollars in an attempt to evade US sanctions of Iran. This has provoked an outcry in China, with its foreign ministry demanding Meng’s release. Chinese law enforcement also detained a former Canadian diplomat working in the country as a senior advisor at a prominent non-government organisation. Many suspect that the detention was in response to Meng’s.

On the afternoon of 11 December, Meng was released on a bail for 10 million Canadian dollars.

JUST IN: Huawei CFO Meng Wanzhou is released on $10 million bail but will remain in Canada while she awaits possible extradition to the US https://t.co/mdPx6p9T6i pic.twitter.com/B1qAuK4U1Z

A very bad year for Huawei

Huawei has been struggling to engender goodwill and dispel doubts from regulators in many of its most developed and lucrative overseas markets.

While the dramatic and high-profile nature of the Meng Wanzhou case has attracted the attention of the media and the public, a number of less-sensational stories indicate that Huawei has been struggling to engender goodwill and dispel doubts from regulators in many of its most developed and lucrative overseas markets.

On Monday 10 December, Japan’s government issued instructions that effectively ban Huawei and fellow Chinese communications firm ZTE from official contracts, a precedent that the country’s top telecom operators will likely follow. The previous week, British Telecom announced that it would strip Huawei equipment from its core 4G infrastructure within the next two years, and will not include the Shenzhen-based firm in its lists for vendor selection in the development of its 5G network. This represented a change of course for Britain, which has long been more welcoming of Huawei products than its American ally across the Atlantic.

In late November, New Zealand blocked Huawei 5G equipment as well, a decision Australia had made in August. While such coordinated action from China’s long-time rival in Japan and the Five Eyes intelligence network of the US, Canada, Britain, Australia, and New Zealand might be seen as expected, others come as a bit more of a surprise.

India, a market that Huawei has targeted as a potential growth engine for its international smartphone business, decided in September not to include Huawei equipment in its 5G testing. This move could signal more restrictive measures towards the firm in the future. And Europe, a region in which Huawei has seen strong growth over the past decade, also seems to be changing its tone, as EU tech commissioner Andrus Ansip warned on 7 December that the union of 28 nations should “be worried” about the company.

What could perhaps spell the most trouble for Huawei comes from the US, however. Although the country has long been stricter than most when it comes to allowing Chinese technology and telecoms equipment, if the US were to find Huawei guilty of violating Iran sanctions, as they did with ZTE earlier this year, banning the company from access to US suppliers would deal a heavy blow. 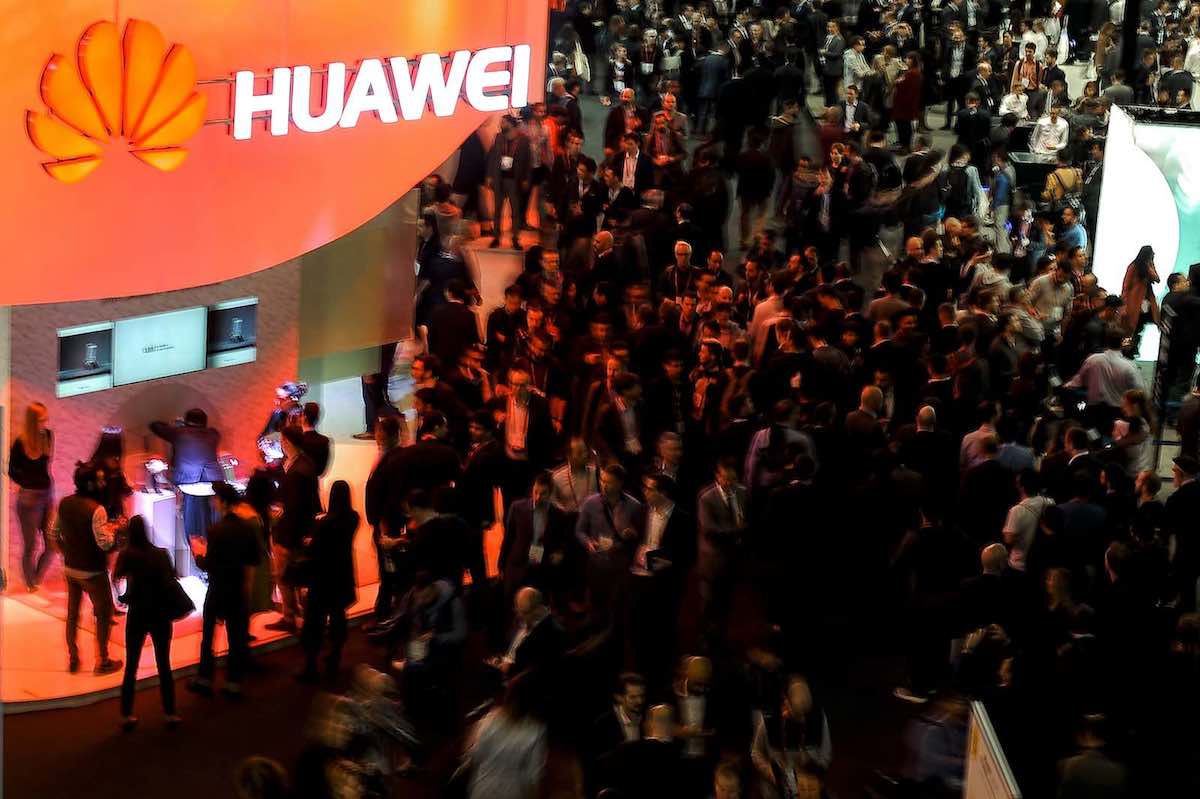 A Huawei stand at the Mobile World Congress in Barcelona, 2017 (Photo: Joan Cros Garcia via Getty)

Huawei’s PR practices do not exactly have a reputation for being the most understanding of security concerns and culturally sensitive when it comes to the firm’s overseas markets. Yet it is fair to say that these problems are in many ways out of the company’s control. This, rather, is an issue that strikes at the heart of the Chinese system and the goals and values of the Chinese Communist Party.

There seems to be a deficit in trust and goodwill between China and much of the rest the world. Lately, the Chinese government does not seem to be helping its cause.

The demanding reaction to Meng’s arrest by both the Chinese foreign ministry and state media has been criticised as displaying a lack of understanding of the way in which an independent judiciary functions, and it is unlikely that such action from China will improve the situation. But the tactic of leveraging nationalist outrage to achieve diplomatic goals has become a card that China’s leaders play with increasing frequency and intensity.

While there is plenty of evidence to suggest that the Trump administration views Meng as a trade chip, it seems as though neither Trump nor China has a firm grasp on how the American and Canadian judicial systems actually work.

In September, a Chinese national employed by a state-sponsored media agency was arrested and charged with assault in the UK after violently disrupting a meeting of Britain’s Conservative party, slapping and verbally abusing the participants after they discussed the issue of human rights and rule of law in Hong Kong. These actions were widely praised on Chinese social media, and defended by the Chinese embassy in London, who demanded an apology.

This came only weeks after an incident in Sweden in which disruptive Chinese tourists were forcibly removed by police from a hotel lobby after they refused to leave. Although video of the incident seems to show Swedish police handling the situation in a professional manner, China demanded an apology from the Swedish government (many experts suspect such demands may have been related to a visit from the Dalai Lama a week earlier).

This “tantrum diplomacy” has become a regular occurrence. In June, days before the Australian television 60 Minutes aired a report critical of Chinese diplomacy in the Pacific, the station received an unusually aggressive phone call from Saixian Cao, head of media affairs for the Chinese embassy in Canberra. “Take this down and take it to your leaders,” Cao reportedly shouted into the phone to executive producer Kristy Thompson. “You will listen … There must be no more misconduct in the future!”

China is fighting too many battles, and its companies are paying the price

While China’s nationalistic “tantrum diplomacy” may make headlines and damage China’s image abroad, it may simply be trying to do too much too quickly, and causing problems for itself in the process.

Its territorial disputes with Japan, Vietnam, and India are not helping engender goodwill with those key neighbours, and the massively ambitious Belt and Road Initiative have many countries concerned about corruption, debt, and Chinese military expansion. Nor have its cyber-attacks on various international institutions helped China’s cause.

As the US steps back from the world stage, China has an opportunity to make progress in meeting some of its most important national goals. Unfortunately, its attempt to achieve all its goals at once in a clumsy and overly aggressive way is seeming to ensure that it will achieve few, or even none, of them, and make far more enemies than friends.

At this moment, it seems that China’s technology firms are paying the price for their leaders’ miscalculation.