The Jerusalem embassy debate has overshadowed a potential shift in Australia’s longstanding independent stance on Iran. 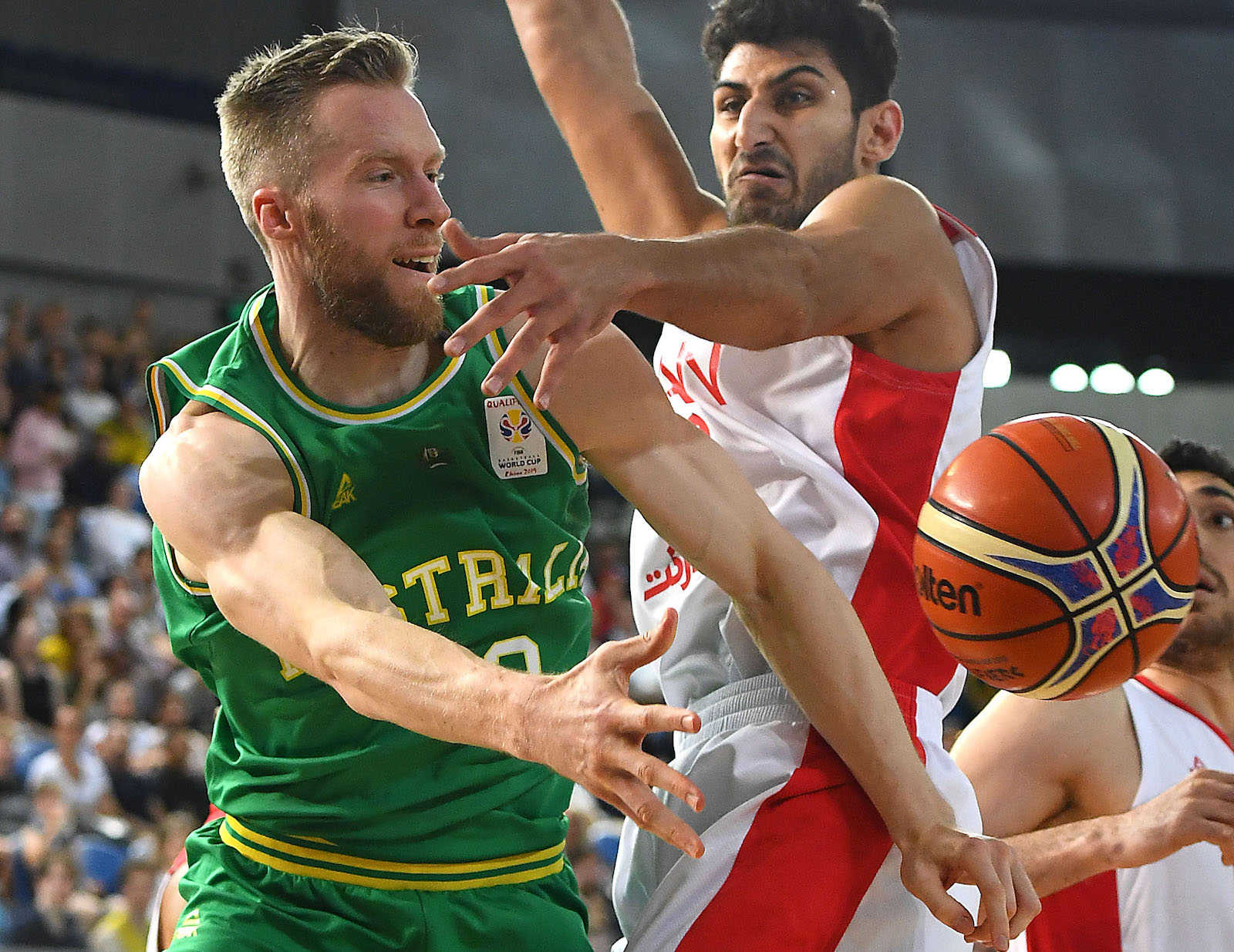 If news reports are believed, Australia will on Saturday formally recognise Jerusalem as the Israeli capital while leaving its embassy to remain in Tel Aviv in an announcement to be made by Prime Minister Scott Morrison.

If other news reports are believed, such a shift will be against the advice of most government agencies, as well as at least some of the experienced experts assembled to offer a perspective.

Yet the irony is that the Jerusalem issue – which in some quarters has been cast as an assertion of Australian sovereignty in the face of Indonesian opposition to any shift in policy – has completely overshadowed what could be a genuine sacrifice of an independent stance Australia has long taken in foreign affairs.

This centres on the question of Iran.

Australia has consistently – independent of its key security ally, the United States – maintained diplomatic ties with Tehran over decades, and this has extended to intelligence exchanges at senior levels.

Australia has consistently ­– independent of its key security ally, the United States – maintained diplomatic ties with Tehran over decades, and this has extended to intelligence exchanges at senior levels. All that could be about to change, risking the impression that Australia is championing its sovereign decision making to Jakarta while being directed by Washington.

Back in October, at the same time Morrison mooted a change to Australia’s position on Jerusalem in the midst of a tightly fought byelection in a seat with a substantial Jewish community, he also flagged a review of Iran policy.

This was in light of US President Donald Trump’s decision to unilaterally abrogate the Iran nuclear deal – a deal Australia had supported, without being a formal party to.

Morrison said the review ­­– “without prejudice” he stressed ­– would assess whether the deal “can meet our long-term objective of preventing Iran from having the capability to develop nuclear weapons”. European partners have been frantically scrambling to salvage the agreement, while former foreign minister Julie Bishop had previously warned that walking away from the Iran deal could undermine trust in any arrangement struck with North Korea.

The review has been conducted by a team of officials assembled in the Department of Prime Minister and Cabinet.

Australia has preserved its diplomatic ties with Tehran ever since the Iranian revolution, even after the US isolated the country following the hostage crisis in 1979. This has been a bipartisan position – although not without serious debate, such as when Labor in opposition threated in 2007 to haul then Iranian president Mahmoud Ahmadinejad before the International Criminal Court over allegations of inciting crimes against humanity, only to quietly back down once in government.

Australia also played a crucial role in 2009 bringing together Iranian and Israeli representatives into the same room (in an unofficial capacity) for talks on global nuclear disarmament.

Bishop was the first Western foreign minister to travel to Tehran after the Iran nuclear deal was signed in 2015, and while there, outlined Australia’s willingness to trade intelligence material, saying:

I see that our intelligence agencies will have an opportunity to work much more closely.

Australia also had a significant interest in striking its own deal with Iran to return thousands of asylum seekers that arrived by boat and were found not to qualify as refugees, an ambition that (publicly at least) appears to be frustrated. Tehran refuses to issue travel documents to people unwilling to return to the country, although in the mid-2000s, an arrangement was made with Australia to quietly allow some to return. There are also benefits for allies in Australia having an audience in Tehran.

This record and ambition is a lot to surrender, and for what benefit? Australia has preserved an independence of action on a significant international challenge to date, but can this be maintained should Australia join with Trump in his belief it was a “bad deal”? What signal will such a move send about Australia’s approach to diplomacy?

And then there are the economic ties with Iran itself, where Australia’s grain exports have historically been substantial. A quick check of figures on the Department of Foreign Affairs and Trade website on Friday morning is instructive. There, the “Iran country brief” has momentarily disappeared, replaced by the words seen in the screenshot below, “This page is being updated”.

There is little doubt officials in Tehran will be hitting refresh after the PM rises to speak on Saturday. 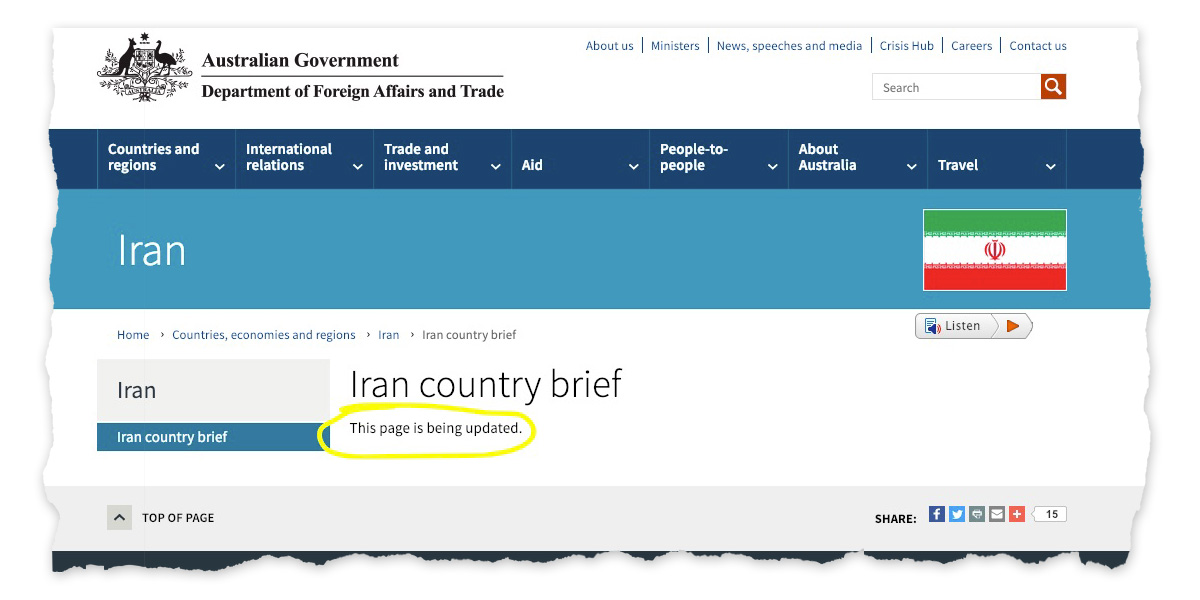